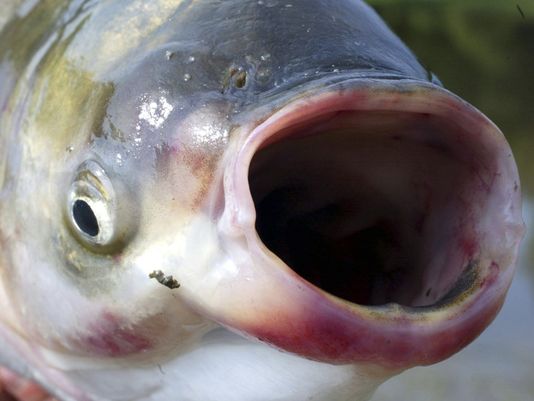 “Asian carp” is a common all-encompassing term for species of silver, bighead and black carp originating from Asia which are found in American river systems. Introduced in the 1970’s to filter pond water, they escaped into the waterways of the Mississippi River Basin and have exploded in population dominating every ecosystem they come in contact with. They rapidly multiply and can grow very quickly, easily reaching weights in excess of 100 pounds, and thus far have proven to be impossible to eradicate. As an invasive species, they have no natural predators and effectively out compete native fish for food and habitat. In some waterways, Asian carp represent over 90% of the total biomass of the ecosystem. To date they have been confined to the Mississippi River Basin, having a substantial effect on the commercial fishing industry. 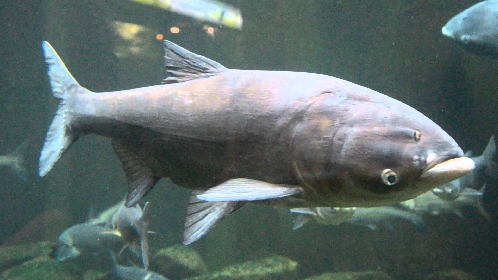 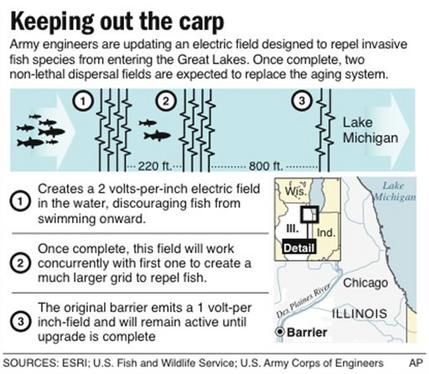 The greatest current concern with respect to these fish has been their northward propagation. The Great Lakes Basin is directly connected to the Mississippi River Basin via the Chicago Area Waterways System, which is a series of shipping and sewage canals. Currently, the U.S. Army Corps of Engineers maintains electric barriers in an attempt to deny Asian carp access to the Great Lakes Basin. This has been mostly effective, but it is not an absolute deterrent. There has been evidence the carp may have infiltrated the barriers. Despite the effectiveness of the barriers, there are additional ways the fish could reach the Great Lakes Basin; flooding of certain adjacent waterways and human transplantation are both reasonable means of introduction. If the fish reach the Great Lakes Basin and establish resident populations, which currently seems likely given enough time, they could decimate local fish species. The Great Lakes sport and fishing industries are valued at over $4.5 billion dollars annually; and introduction of Asian carp would have a devastating impact on communities which are reliant upon these industries as well. The need for preventing these fish from spreading further is so great that it has reached the doorsteps of Congress. There is a clear need to deter, and if possible, remove these fish from American waterways.